In Java, when we only declare a variable of a class type, only a reference is created (memory is not allocated for the object). To allocate memory to an object, we must use new(). So the object is always allocated memory on heap. (See this for more details.)

For example, following program fails in the compilation. Compiler gives error Error here because i is not initialized.

Remember this is where the state is maintained and when you get memory leaks this is where your profiler helps you to find the allocation of memory.

Let’s analyze this step by step:

This allocation is explained in this diagram: 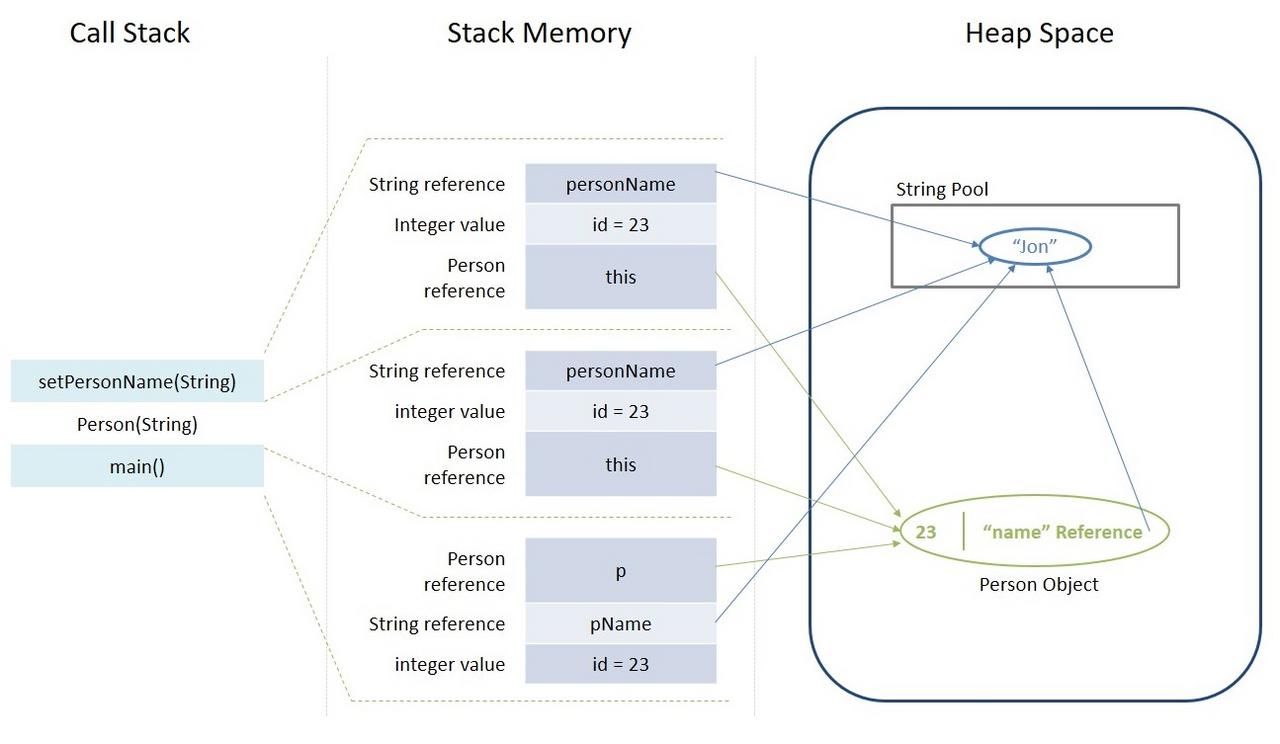